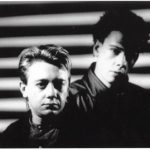 Trisomie 21 came into being in 1981. Hervé et Philippe Lomprez were joined by Jean Michel Matuszak (friend and mentor) and Pascal Tison (bass guitar). Soon after that they sent out a demo tape (the only one), and the Amiens-based record company “Stechak” offered them the opportunity to record an EP which would be called “Le repos des enfants heureux”.

This carefully designed black and white vinyl record, with one side a 45 rpm and the other side a 33 rpm, was released in 1983. It was well received by both the public and the media, especially outside of France. It is important to point out that already 3 titles from this album became legend “Logicals animals”, “Breaking down” and “Il se noie”. 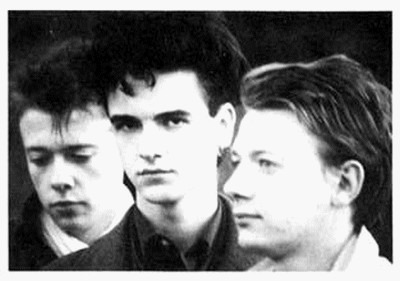 followed in 1984, which included a monument for the group, the song “La fête triste”, a real reference for many people, as well as “Djakarta”.  The band is definitively launched, and their records are now handled by the Belgian distributor “Himalaya”.

Trisomie 21’s notoriety increases, and following 2 concerts in Belgium, in Courtrai and at the “Plan K” concert hall in Brussels, the new Brussels recording label “Pias” decides to sign them up.

In 1986 the band released the album “Chapter IV, le je ne sais quoi et le presque rien”, with shocking graphics on the front cover, violent and beautiful.  The songs on the album, including the emblematic “The last song”, are captivating, sometimes even a little disturbing, original and without concession.

This record further widened the door to new opportunities, and their music definitely became international.

Following that (without Laurent Dagnicourt), the album “Millions lights” was released in 1987, composed by the Lomprez brothers alone, without any bass guitar which is, at the time, tantamount to a crime. A dark but, at the same time, glittering album, which is now a classic of its genre. In 1988, Bruno Objoie (Guitar) joined the group for their album “Works” and their live album “Raw Material” (1990).

“Plays the picture” was released in 1989, a nearly entirely instrumental album, except for a few titles such as “Take 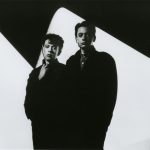 the shock away” and “One last play”. Originally planned as a limited edition, in the end it became a normal edition after the success it had through pre-orders.

Once again, this improbable album with a unique story, that was planned to stay confidential, would become one of the most popular albums for the band and the record label. In 1992 the band explored another avenue with the track “Distant voices”, marked by a collaboration with the violinist Blaine Reininger, part of the US group “Tuxedomoon” and the chorister Lena Kane.  However, the relationship with the recording label Pias, that had became over time quite major, deteriorated, and the band felt neither understood nor encouraged. It is true that their artistic mindset, their creativity refusing to take the easy way out, refusing to compromise, their very independent nature, slightly out of reach, could be unsettling for a record company which is now successful, preferring profitability rather than taking risks with Trisomie 21, a group that walks on a tightrope, does not fit in a mould; each and every album is different, only the spirit remains from one work to another.

“Gohohako” in 1997 ended the Pias chapter of the band. Following a long period of forced silence, and after their

meeting with Olivier Lechevestrier who became their friend and ex-manager, the band accepted to do a remix for the famous French band Indochine of the song “Le grand secret”, then started composing again.  The result in 2004 was the song “Happy mystery child” with the label “Le Maquis”, marking a real comeback for T21, praised by critics and by their audience.  True to themselves, the band did not give way to the sirens of the “cold wave revival” but pursued their art with independence and still with no concessions, they did not even hesitate to call on the electro scene for a series of remixes (“Man is a mix”), breaking codes and barriers between musical genres. 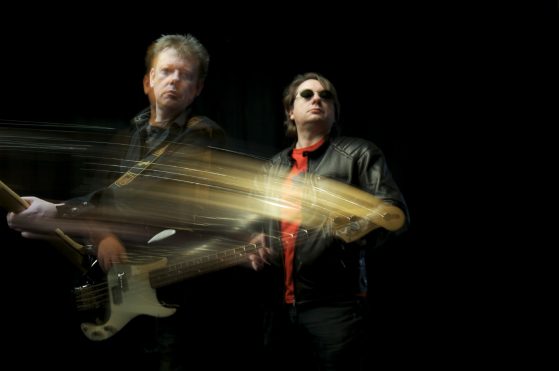 In 2009 the album ”Black label” ended their collaboration with the Parisian label “Le Maquis”, an album that was both very rock and very solemn, in the end very Trisomie 21, concluding with a tour; the band true to themselves, quite simply out to meet their public.

This tour was announced to be their last, and quite by chance, would end in the city of Brussels, the place where their international career really began.

Then in 2017, Hervé and Philippe Lomprez decided to go back to the studio, boosted by new encounters such as with Martin Toulemonde, friend and fan of the band that Philippe met in 2005 after a “grand mix” concert in Tourcoing; Olivier Lechevestrier, ex-manager and faithful friend of T21 was also part of all this, even Pascal Tison, the original bass guitar player from the first EP appeared on one song, as if as a tribute to their past. Written in secret, the album was entitled “Elegance Never Dies”.  The few people who listened to it have said that it is one of the band’s very best works. 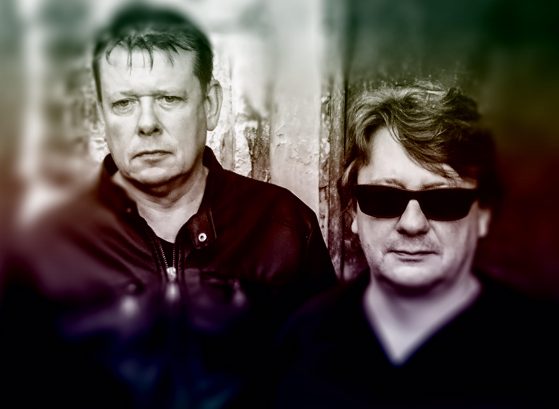